Connecting With My Community Abroad in Serbia and Bosnia-Herzegovina

When I first decided to study abroad for the summer, I was looking forward to learning about the public health systems in Serbia and Bosnia-Herzegovina. However, I did not know much about the people there and I was not sure if I would feel comfortable. I did not know the language of either country and I had heard that they were not very racially diverse nations. Thus, I was not sure what to expect in terms of how people would view me. However, my experiences upon arriving in Serbia and Bosnia-Herzegovina were more fulfilling and eye opening than I could have imagined. 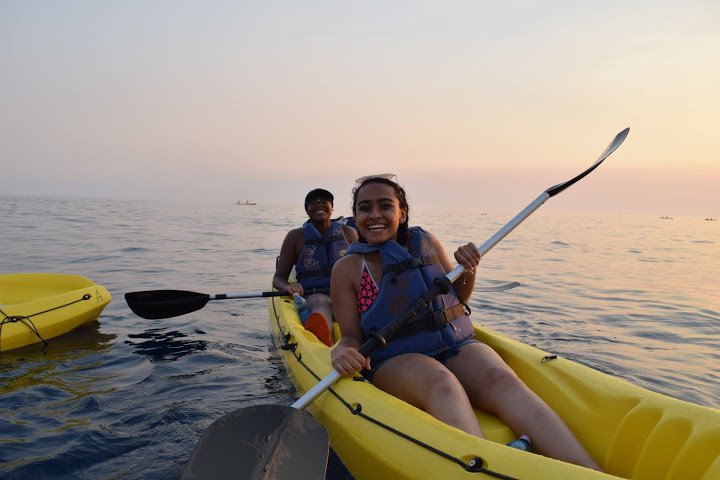 The first community I found when I went abroad was among my peers from Northwestern. I only knew a couple of them before going into the program, so I was not sure if I would feel comfortable sharing my struggles and successes with them. However, my group ended up becoming a close-knit community which I could depend on. I came to value the chance to talk to them at meals or after class to reflect on our experiences. A lot of the information we were learning had to do with the recent civil wars and turmoil in Serbia and Bosnia-Herzegovina, which could be overwhelming at times. I would not have been able to process my time abroad or personally grow as much as I did without my peers. They taught me a lot about myself and about how to process my emotions and experiences. Many of my friends there had journals or diaries; I never considered this before going abroad, but I started to journal because of them. I soon found that having a journal not only helped me keep track of the most memorable experiences I had abroad, but also encouraged me to write down goals for the future that I hope will shape the way I live my life. These goals were simple, but often reflected positive qualities I learned from my peers, such as being motivated by my passions.

The part of my study abroad experience which taught me the most, however, was definitely my interactions with locals. From our taxi drivers to our professors, I was able to learn so much from every conversation I had. Despite the jaded or cynical perspectives we expected from people who have suffered through tragedy, I found a humility and a warmth in the people there that I would never have expected. The people we met take care of each other and, oftentimes, of everyone they meet. When a taxi driver talked to us about living in Sarajevo during the violent Siege of Sarajevo, he almost brushed it off, saying that it made him a more humble person, because he knows that everyone has pain but they are all living with it the way he is. The profound sadness of this statement didn’t really hit me until later, but it has made me think a lot about the ways in which the people we met were much more aware of others around them than I tend to be. This is just one of the lessons I learned from being abroad and opening myself up to conversations with local people. I hope that I can integrate this openness and awareness of others into my life back home as well, because I think it would help me be more empathetic in everyday life, the way so many Serbians and Bosnians were to me.

Before embarking on my study abroad, I expected to learn about healthcare and culture of Serbia and Bosnia-Herzegovina. However, my time abroad taught me so much about how to value the experiences of every person I meet, and always be open to learning from them. I did not always agree with every person’s point of view, but I learned that I cannot judge someone for his or her beliefs without first attempting to understand him or her. In a time where the United States is experiencing such deep divisions, learning this lesson in a different part of the world helped me gain some perspective on our current situation. As I move forward in life, I hope I will be able to keep this openness and continue to learn from the people around me.