With or without sakura or cherry blossoms, it is impossible not to fall in love with Japan. Just walking along the streets of Tokyo will introduce you to Japan’s rich culture like no other city in the world can. You can see people in traditional kimono, and at the same time, you will come across those that embrace gothic fashion. It is that diverse: a country deeply rooted in history, but also rich in modern conveniences.

In the annual Quality of Life survey, Tokyo was named the world’s top city because of its “defining paradox of heart-stopping size and concurrent feeling of peace and quiet.” Other cities such as Kyoto, Nara, Shibuya, and Osaka, a favorite among tourists, are as dynamic and vibrant.

Japan is not just a place where people can eat authentic sushi or take crazy selfies. It is also a perfect country to expand your horizons. Since relaxing its visa requirements, Japan has become one of the best destinations for people who want to work abroad. Job seekers would be glad to know that Japan offers many overseas jobs. One of the most in-demand jobs for foreigners is teaching, as Japan seeks to attract more international students. By providing additional financial support, the country hopes to reach its target of 300,000 international students by 2020.

Do not let the vastness of Japan intimidate you. Home to the bullet train, getting from one place to another is relatively easy. Japan has one of the world’s best rail systems, so it is very convenient to get around.

Here is a commuter guide to exploring and working in the Land of the Rising Sun.

The train is the way to go. 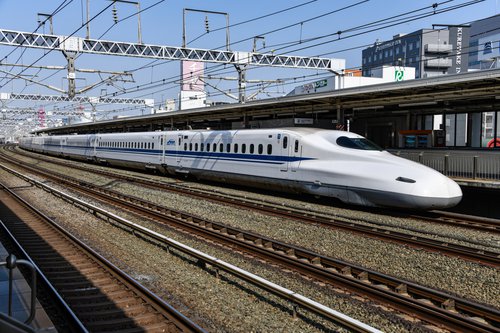 The most efficient way to explore Japan is by train. There are regular trains located conveniently in city centers that often connect to smaller towns, but what Japan is best known for is the famous Shinkansen bullet train that can take you from Tokyo to Hiroshima in just four hours. Trains in Japan are punctual, clean, and safe. They even have washrooms and drinking water.

Train stations in Japan are located near bus terminals and subway stations, adding to its convenience. And while English-speaking locals are a rarity, Japan’s major cities have put up tourist offices in most train stations. Maps and brochures in English are also available.

The bullet train has five primary routes. The most popular among tourists is the Tokaido Shinkansen, which runs from Tokyo to cities in the West such as Nagoya, Kyoto, and Osaka. In addition to bullet trains, there are also two types of long-distance trains: limited-express trains that often travel on scenic routes and express trains that are slightly slower. Local trains or Futsu stop at all stations to serve the daily needs of Japan’s sizeable commuting population.

How do you get tickets?

It doesn’t get any better than the Japan Rail Pass. It is the most convenient and economical way to travel around Japan. With this pass, you don’t need to buy individual tickets. You may also reserve your seats for free. It also entitles you to unlimited travel on all Japan Rail lines including Shinkansen and most buses.

The Japan Rail pass can be purchased depending on your length of stay and the places you intend to visit. The Standard pass, which allows you to travel throughout Japan, lasts from one to three weeks. There are also passes for foreign visitors. 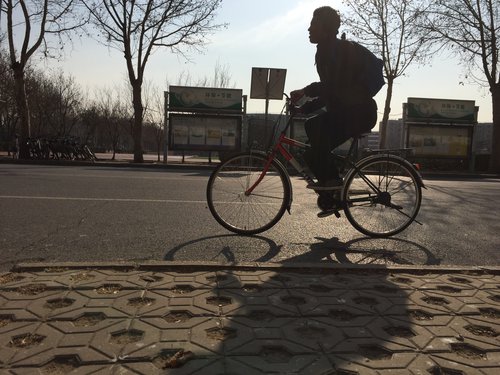 Finding ways on how to get around Japan via commute is relatively easy with trains and buses. Also gaining popularity is exploring the country on a bicycle. The most common type of bicycle is the mamachari (mom’s bicycle) with a basket, child seat, simple lock, a kickstand, and just one gear. These bicycles may be rented in many tourist destinations and train stations for 100 to 300 yen per hour, 400 to 800 yen for half a day, and 1000 to 1200 yen for an entire day. Road bicycles, mountain bikes, and electric-assisted bicycles are also available at higher rates. A deposit and an ID are required.

Walking around the city

While Japan cities are densely populated, there is order all around. Streets in busy boulevards are pedestrian-friendly (watch out for bikes, though) as sidewalks are very wide. The unspoken rule: stay on the left. When riding an escalator in Tokyo, stand on the left and walk on the right. Note that this etiquette is the reverse in Osaka.

Part of the Japanese culture is omotenashi or cultural dedication to hospitality. Expressing gratitude by giving a tip is not expected from tourists. Don’t leave money in a restaurant because chances are; servers will chase you down the street to return your cash. So, don’t bother.

Hidden gems in the city 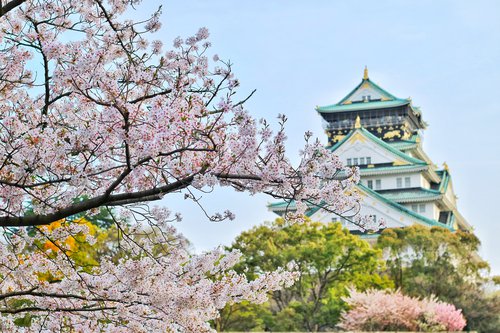 Japanese cities are very modern. But amid the rush, you can still find pockets of paradise such as hidden temples or a tree-lined canal. Walled gardens are also somewhat common. There’s always a tiny café, quaint bookstore, a quirky neighborhood or a place of history somewhere worth visiting if you’re open to exploring little side streets that line important cities.

Sure, you could travel to Japan to visit Tokyo Disneyland, but there’s so much more to see. In Western Tokyo, you will find the country’s most famous landmark, Mt. Fuji. There’s also the national museum. Kyoto and Nara are home to a collection of traditional and historic temples, palaces, shrines, and gardens. Buddhist monuments also abound in these cities. To experience the culture, you can take part in a tea ceremony, learn how to raise bonsai, learn calligraphy and pottery, and wear traditional costumes. You may also enjoy watching a sumo wrestling match.

If you are looking for international teaching jobs, Japan is indeed a great choice with a lot of excellent abroad programs. Teaching English abroad is one of the job opportunities in Japan. Teaching English as a Foreign Language or TEFL is in demand.

Japan is home to globally-ranked academic institutions based on the QS World University Rankings for 2015-2016. These are Kyoto University (38th), University of Tokyo (39th), and Tokyo Institute of Technology (56th). Thirty-five other Japanese universities are also ranked among the world’s best. Most world-ranked universities cater to international students and teachers.

There’s excellent food at every turn. Tokyo has always been on top of the food game. Stalls within Tsukiji in Tokyo serve the best sushi. In Kyoto, you can have the multi-course banquet of seasonal delicacies known as kaiseki-ryori. Takoyaki or octopus balls and a bowl of ramen are available on street sides. If you ever get to work abroad and specifically in Japan, there are many ways to save on food.

Japan probably has the most unique types of accommodations for tourists, transients, and foreign workers. There’s the ryokan or traditional Japanese houses, which also lets you experience authentic Japanese meals and baths. Even more affordable are minshuku houses or bed-and-breakfast lodgings. If you are really on a budget, there are also capsule hotels or temple lodgings. Western and Airbnb-type of accommodations are also increasingly available.

Everything from the latest fashion trends, crafts, vintage articles, and gadgets to souvenirs, you can get in Japan. For posh boutiques, go to Ginza. For artisan finds, there’s Asakusa. Shibuya is the place for the latest fashion finds and teen fashion. If you need to shop only in one district, get ready to be overwhelmed in Shinjuku. If you get an international job in Japan, you know where to go after cashing in a hard-earned paycheck.

Japan is a fantastic country to visit with all its history, traditions, and charming peculiarities. While it has the conveniences of modern times, you are sure to appreciate the old and sometimes bizarre culture. Don’t assume that Japan is too expensive. You can get around the city with just about enough.