I have the honor to discuss the marvelous country that has been my home for the past three months! My time here has been spent seeing wonders and learning all about the history and culture of a wonderful nation. Studying abroad in Ireland has been a wonderful experience that I wouldn’t trade for anything!

Living in Ireland has been like living the life of an explorer in an adventure novel! One of my most daring adventures was my visit to the Cliffs of Moher. Situated on the western coast of Ireland, the cliffs are plagued by fierce winds and, like all of Ireland, unpredictable rain. The hike was treacherous, with mud, wind, and sleet working against me and my friends. However, our labors paid off as we neared the zenith; the sky became clear and I beheld the beauty and power of nature in its purest form. Looking across the Atlantic and watching the waves crash against the cliff made me forget about my freezing body and left me in awe of nature. 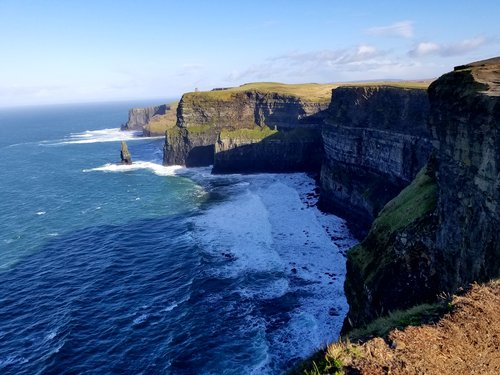 Ireland’s natural beauty is undeniable; however, Ireland’s history is just as rich and awe inspiring. I’m fortunate to have classes that focus entirely on different aspects of Irish culture. They’ve allowed me to gain deep insight into and contextualize all of the things that I see. For example, the city of Dublin, my home, is ancient and I’m proud to know its history and how the city has evolved through the centuries. From an early Viking settlement to the second city of the British Empire to the capital of the independent nation of Ireland. Dublin and all of Ireland is a living breathing entity that I’ve gotten to know intimately which is very rewarding. It feels like I carry the knowledge of Irish History not in my mind, but in my heart. 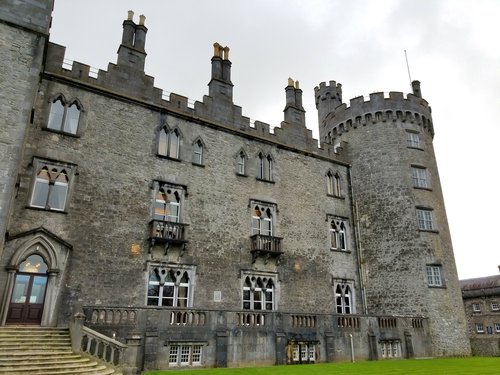 I remember once when I was little I read a story about Ireland and I imagined a beautiful green wonderland with ancient stone castles and magical fairies. When I was looking into studying abroad I remembered the story and that’s what drew me here as opposed to the other parts of the world. Coming here I discovered that Ireland is a beautiful green wonderland with ancient stone castles and magical fairies! I couldn’t wait to see a real castle and they’re grand. They’re such powerful mementos of times long gone and walking inside through one is like stepping back hundreds of years! Also, fairies are real! All throughout Ireland are Fairy Forts which are bizarre circular mounds where faeries live. It’s very bad luck to disturb them and to this very day the Irish people are very adamantly against the destruction of Fairy Forts for any reason. This is 100% true!! 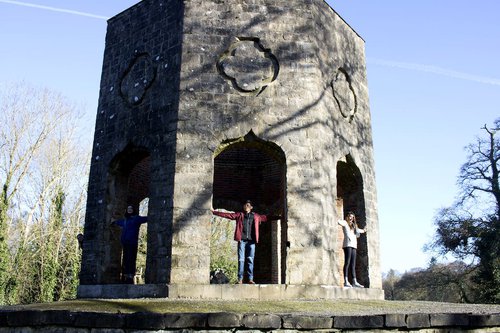 Unfortunately, my time in Ireland is almost over. While I’m sad to go, the memories I’ve made will last a lifetime! Studying abroad has changed me and the way I view the world for the better. I’ve gotten a taste of the wonders that the world has to offer and I’m not afraid to look for more!

Related Articles
Women in Germany
Studying Abroad on a Budget
Students of Color in Brazil
Engaging In Challenging Conversations Abroad
Women Students in Italy
First Abroad Stories: Alisa Nazaire and The Value of the Unfamiliar