In March 2015, I developed a love for Japanese culture. I began to study the language religiously, and made many friends with Japanese people online and with the Japanese community in New York City. For someone who has never traveled outside of the state, Japan gave me a newfound interest in making travel a reality. When I saw the opportunity to study Japanese abroad through my university, I decided to apply immediately and not let lack of finances be a burden to entry. 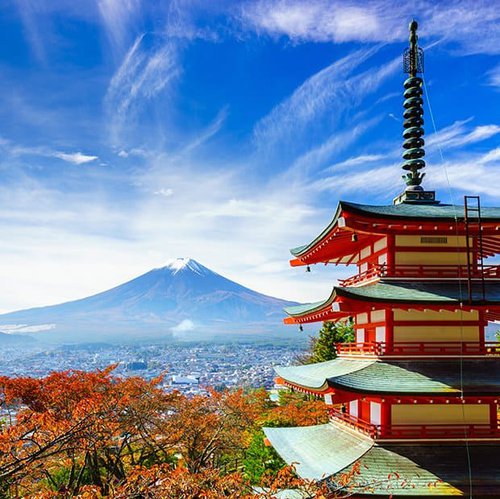 The name of the study abroad program at the Fashion Institute of Technology was JA 122 Japanese Conversation I. For 1 month, the class and I lived in Fuchuu, Tokyo within the Bunka College dormitory. There was class Monday through Thursday with daily activities, so there were many things to do to keep occupied. From visiting temples and Shrines, to calligraphy class. The final week of the program, we visited Kyoto, Osaka, and Hiroshima.

While in school, I had a small part-time job in which I saved as much money for a few months to help pay for the program. In the summer of 2015, I also raised over a $1,000 from crowd-funding to pull in the extra money I would need to pay for the study abroad program.I was determined not to let this experience be a financial burden on my parents, so I used any opportunity I could find to pay for the journey. I will never forget the day I received an email from Diversity Abroad confirming the I had won their scholarship. I was jumping for joy and very thankful for the added financial assistance.

Prior to preparing in advance and researching about the country I was about to visit, I sort of wish I had packed a bit better than I did. For instance, in Japan, shoe sizes are very small. While I was studying abroad, my favorite leather boots broke and I didn't pack any other similar shoes for back up. In addition, it was very hard, almost impossible to find a size 10 shoe, as a majority of the shoe sizes ended at size 8. There are just some things you must buy and stock up on in advance from your home country before entering another country.

Unfortunately I did realize some discrimination. I had watched many Youtube videos of other foreigners who went to Japan, mostly from the African American descent. I realized while on the train in Japan, about once or twice the seat closest to me was empty while all the other seats were filled. I knew it wasn't a coincidence, but I could understand with the country being 98% Japanese, perhaps people are more comfortable being with their own kind. Being from a diverse city such as New York, I never experienced such discrimination, but I learned to accept it and most importantly love and accept myself for my uniqueness and for who I am.

Studying abroad confirmed my desire to live in Japan for a few years. Despite any cons in Japan, the pros outweighed them, and I was very happy to be in a new country that was inspiring and liberating for me. After coming back to New York, I am planning to return to Japan in the coming weeks while taking part in an English teaching job in Japan March 2017.

My most memorable moment abroad would have to be living in Kyoto for 3 days in a very Japanese style Inn. I am a city girl, so Tokyo felt like home, however, when we visited Kyoto, I was struck by how beautiful and traditional it was. From the moment I fell in love with Japan over a year ago, it was seeing the traditional side of Japan that sparked my interest. From kimonos and geishas, to the beautiful shrines and temples. I was also very happy to take part in an official tea ceremony!

My study abroad experience has confirmed my desire to begin my career within the fashion industry in Japan. I also have a skill of speaking Japanese to communicate and have used them at my previous job in retail, so I would like to continue to grow in my language learning while creating a fashion business in Japan in the near future.

Look at the abundance of opportunity instead of lack thereof. If there might be any challenges such as being unable to pay out of pocket for the journey, know that there are many ways to get covered. The overall investment is definitely worth it, and it will mold you into a better person.

Thank you Diversity Abroad for this opportunity! About a year ago, I never would have thought such a journey would be possible, but it has definitely changed my life for the better! I hope to be a great ambassador for Diversity Abroad to aid in changing other people's lives as well.