It’s certainly no secret that Americans aren’t viewed too highly in some other countries. And with the current state of our politics, well, it isn’t so hard to understand why. However, it was hard to deal with how that stereotype affects me.

Being from New York, I have a certain attitude towards tourists, and that attitude is usually something along the lines of “Ugh, get out of the way.” Even in Philadelphia, somewhere I’m still relatively new to, the swarms of people surrounding the Liberty Bell and Independence Hall during the warmer months of the school year have been a bother, not people I want to be like. Anywhere I go, I bring that attitude towards the typical “tourist” with me. I prefer to live like a local, to look like I know where I’m going and what I’m doing.

But in Rome, it’s so much harder to blend in. The sights are so beautiful, I don’t know how even someone who has lived in Rome their whole life can just walk right by. I feel like I stop every five minutes to photograph a sign, a monument, or a building. 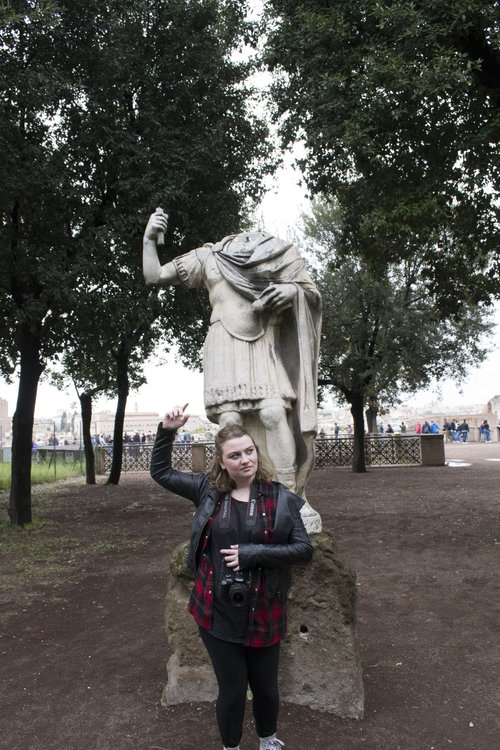 I also don’t speak very fluent Italian, and the fact that it took me several minutes to form a full sentence was a pretty big indicator I wasn’t from Italy. Not to mention the matching American accent that always gave me away. I could hardly get past a sheepish grin and a “Ciao!” before the person I was speaking to lit up and laughed with an “Ah…..American!” and then switched to English.

It was a struggle, as I wasn’t used to the immediate give-away that I’m not a local. I’m also not used to the feeling of shame I get when someone has to try to speak to me in English, instead of me trying to speak Italian. It should be the other way around! I shouldn’t be going into a country expecting them to speak my language, instead of me trying theirs. It’s also hard to deal with the fact that in Italian, I can only speak like a child. I know simple sentences- I am this, I want that, I think this, etc. I can ask directions, but I can’t understand the answers. It’s frustrating to think that people could see me as stupid here, when I know that I can be smart in English. It does make me think, though, of all the people back in America who don’t speak English, but don’t have the luxury of Americans being able to understand their language. It made me try harder, because I don’t want to be seen as someone who’s not trying. I don’t want to contribute further to that American stereotype.

Another thing that comes up a lot for me as an American here is our politics. In the small, once Etruscan town of Tuscania, an elderly man in a bakery tried to talk to me about Trump and Obama on the day of Trump’s inauguration (No surprise here, I really couldn’t understand anything else he was saying).

It sometimes feels that even in another country, it’s impossible to escape what’s going on back home. It’s not an entirely bad thing (though it is mostly a bad thing), as in early January I got to meet up with a bunch of other Americans, expats, and just general human rights advocates at the Women’s March in Rome. It was a powerful feeling, being surrounded by other people who, despite differences in race, gender, religion, and citizenship, all felt the same about human rights and equality. 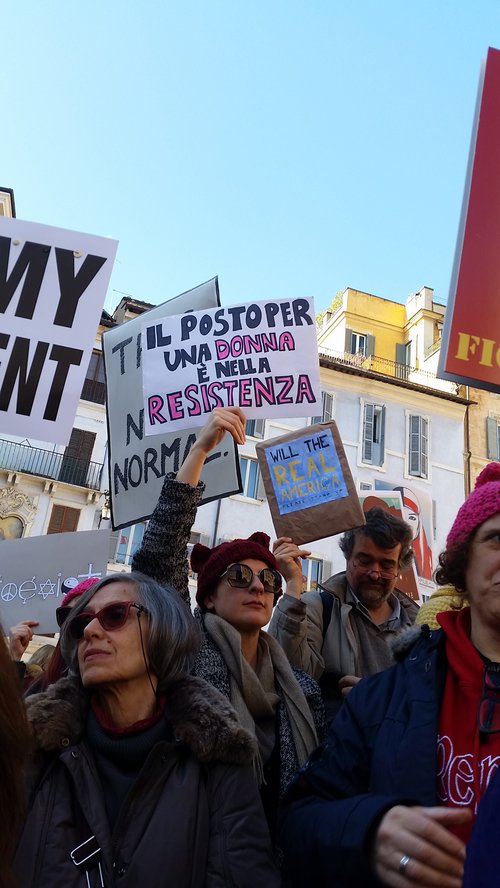 I think it just goes to show that people are not that different after all, if all around the world people were holding similar marches to show support for women and women’s rights. That even in different cultures and in different languages, we all stand for the same beliefs.

There are plenty of things that study abroad students can feel alienated for while in their host country- especially if it’s a country with a very homogenous population, or one that’s very conservative, like Italy was. But the one thing all American students will feel different for is their American-ness. Some are fine with that, some students embrace the stereotypes and use them to act as touristy as they please. But others have a hard time. I did at first, I didn’t want to have to answer for my country’s decisions as they were happening. I didn’t want people looking at me as if I feel the same way as the people back home do. Of course I don’t- but that’s what people think. After a while, it becomes easier. As long as you aren’t rude, or snobbish, or condescending, people warm up to you. I found that Italians I met were always kind when I spoke Italian, happy that I tried their language. Sure, they may have thought I was a bit dumb, but I can live with that. So while locals in your host country may find you a bit odd, it’s usually in an endearing way. As long as you show them and their culture respect and kindness, they will welcome you warmly.