Our Diversity Abroad alumni have been able to prepare, engage, and reflect on their international experiences. Upon their return we asked them questions for them to share how they did all of the above. Through these five questions we explore why Vanessa chose to study abroad, how they got there, what it was like, and the impact of their global experience.

I wanted to experience a culture radically different from any culture I've been exposed to. I wanted to test how well I would adapt to a foreign culture and a place where I knew no one. My decision to go to Israel was by no means a romantic notion that I had since high school or the beginning of college; rather it was an alternative, a why-not. I had never been to the region, but my family, who has, had a lot of positive memories of Israel. 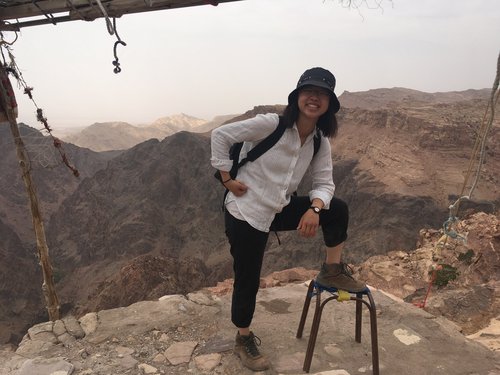 In addition to the Diversity Abroad scholarship and financial aid, I received the Berkeley Study Abroad Scholarship. The rest of the money -- largely for trips and foods -- came from my savings, which had some money I earned in college and money from my parents. 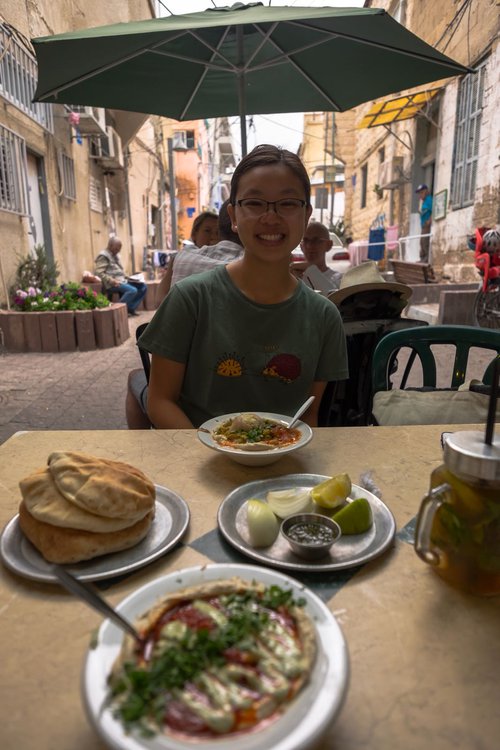 That I would thrive and be able to live life in a way that I haven't been able to do in college. My advice for students is two fold: be willing to give people, even people that back home you might not hang out with, and new experiences a chance. Additionally, If you're on the fence and have the means to live abroad for a bit, do so!

I did experience some "annoyances" as an ethnically Chinese person in Israel. But I learned from my time abroad and especially from people who grew to become my close group of friends to remain open, positive, and give people the benefit of doubt. A close friend of mine experienced similar things to me, yet I realized quickly that she never failed to cheerfully reply to the very common question, "Where are you from? China? Japan? Thailand?"

Academically and personally, I've grown to love learning new languages and thinking about films critically, particularly with respect to culture, society, and identity. Academically, I had the unexpected chance to research modern China from the perspective of cybersecurity and cyber-governance, an area that is somewhat relevant to my field of study at Cal.

In terms of career, I had the wonderful opportunity to intern at OurCrowd, a venture capital fund and equity crowdfunding firm. There I was exposed to a different side of Israeli culture (e.g. experiencing the lack of hierarchy and the simple directness in communication). Personally, I've learned about the two sides of the story to the conflict and the symbolic ties to the structures of Jerusalem and interacted with both Palestinians and Israelis, hearing about their experiences. All I can say is what's been said before, it's a deeply complicated conflict with humans on each side and that what can be done is, as a friend put well, "challenge historical ignorance", personal and external.

Want to continue to engage after you’ve returned from your study abroad experience? Attend the Global Student Leadership Conference, volunteer at the Diversity Abroad Conference, or share your story with us! Email community@diversityabroad.com with questions.

Related Articles
A Girl Consumed by Wanderlust
Life Altering Benefits of Studying Abroad
LGBTQ Students in France
Women in Argentina
It's Not Too Late! How to Go Abroad as a Graduating Senior
Women Students in China