As a member of the LGBTQ community, I had many concerns regarding my safety prior to studying abroad. There has been lots of progress made in favor of gay rights, but there is still a long way to go. To put it in perspective, there are countries like Spain and the United States that allow same-sex marriage whereas on the contrary countries such as Iran and Saudi Arabia give the death penalty to people who are gay. It is not to say that members of the LGBTQ community should not study abroad, it's that the members of this community need to take caution when traveling to ensure safety. 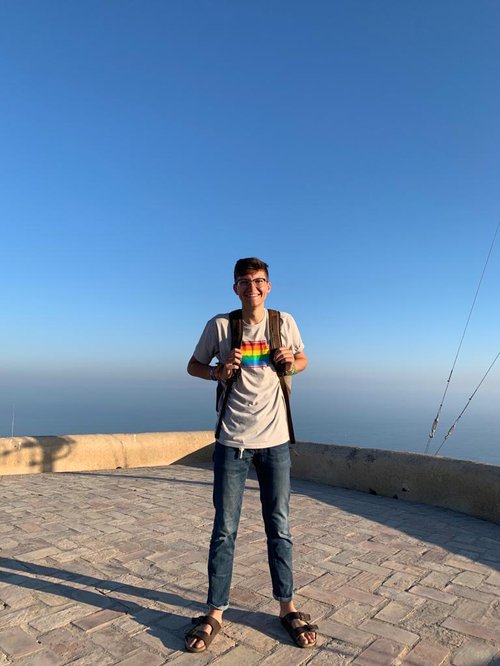 So far while abroad I have traveled every single weekend to a new country. As a member of the LGBTQ+ community I always need to keep in mind my safety while going to these new places. Everywhere I have gone I have felt I did not need to fear being myself. Even though I have had many great encounters it is important to always remember to do your research before. I am not talking about researching where the best gelato is or the nearest Starbucks, I mean research the culture and views towards people who are LGBTQ+. It does not hurt to be extra cautious, especially when you are traveling!

While in Spain I have received nothing but the utmost support of my sexuality not only within my program but from my community. Being gay is rarely seen as taboo here and I have not ran into one problem being myself here. One thing I have realized though is that no place is perfect. The United States continues to struggle to treat members of the LGBTQ members equally, and this is also seen in certain EU countries like Croatia. When looking in recent European News I came across the headline, “Outrage after same-sex couple effigy burned at Croatian Festival”. In short, during a community festival, a group of people set fire to a Carnival Effigy depicting a family with same sex parents. This was in response to lawmakers passing legislation that allowed for same-sex parents to foster children. What I have gathered from this article is that this clearly is not the mindset of the entire country, but it shows that there is still room for improvement as some members are behind the times.

As I continue my time abroad I will continue to take caution in the places I travel to ensure my safety is not compromised. I know that we have come very far with equality regarding members of the LGBTQ community but there is much progress to still be made.