My life studying abroad in Spain as an African-American was a lot like my life in the states yet strikingly different. You would think that Spain would be especially acquainted with people of a darker hue because of its close proximity to Africa and the large amount of African immigrants in the country. However, I felt that was not the case. If I stayed there longer than five-months, it would have been substantially harder to live and assimilate into society; especially given the type of lifestyle I was used to back home in America. Granted, assimilation into a country for any foreigner could be difficult. However, in my opinion, I had a slightly different struggle than my American counterparts from different cultural backgrounds. Here’s how… 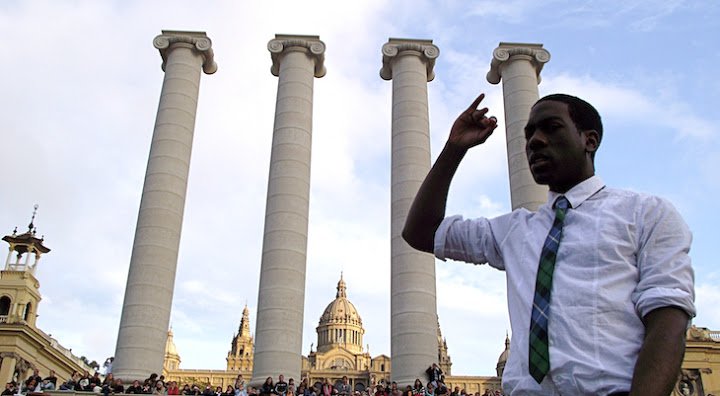 In retrospect, when considering the amount of blacks in Spain, I felt it was slightly unaccommodating to Africans and African Americans. For example, throughout the country, even in cosmopolitan cities such as Madrid, I found it oddly difficult to find a barber that catered to people with hair like mine. Even with the large amounts of African immigrants, I didn’t find stores that sold products that catered to African-Americans. Moreover, the nightlife seemed lacking in entertainment that I am used to in the states. Dance clubs in Spain played all types of music from around the world except hip-hop and R&B. These small adjustments and many others, of course, come with the territory. This is simply an observation to prepare those of you who are planning to study abroad in Spain. Keep an open mind about cultural differences. You are halfway around the world and people DO live differently than you.

On a much deeper scale, despite the ubiquity of televisions, which beam global cultures into living rooms around the world, I still noticed that in many cases black individuals were still grouped into stereotypical roles. In some parts of Spain, I felt that the locals did not have much experience with black people.

There were a few occasions when I and other blacks in my program were singled out for our skin color. In one instance, when I was in class, there were small children yelling “negrito” and “negrita” from the window of their apartment that was within earshot of my classroom. My professor reprimanded the children and informed the class that this term was the Spanish equivalent of the “N” word. At the time, being called a word like that by small children was unsettling. I could not understand why in modern times children would use these words to describe black people. It was not until later that I was informed that this was not a negative term but a descriptive one used to describe black people. It can even be used as a term of endearment. Nonetheless, I think that this incident highlights the heightened sensitivity black students experience when singled out for their skin color.

While abroad, I had the opportunity to become friends with a young African from Ghana. Although quite adjusted to life in Spain, he told me many stories of the prejudice treatments he received while living in Spain. He now lives in the UK. According to him, his life is a little easier now.

Nonetheless, these observations are not meant to discourage African-American students from gaining an amazing experience abroad; the good does outweigh the bad. This is simply to open your eyes to what you may encounter abroad because of your skin color.

On the flip side of things, this was a great experience for me to obtain cultural knowledge from Africans not totally Europeanized. They gave me first hand accounts about their African culture and customs, which is something I would not have experienced in the states.