I was born of Kenyan and Laotian descent. Both of my parents - my father from Kenya and my mother from Laos - are immigrants; both came to the United States in search of a new life. Currently, I would never wonder why I’m not the same skin color as my mother, but that question did take hold of me when I was five years old. My brother Chris and I were lying with my mother in bed when I asked her if we were adopted. “No,” she laughed, explaining that Chris and I were not adopted, but mixed-race children. 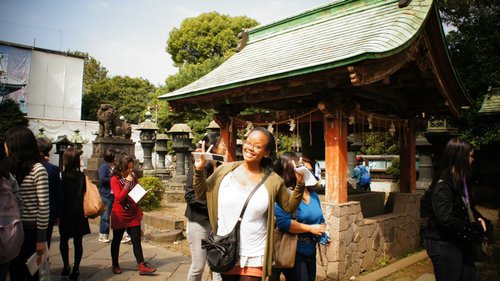 Growing up in the Southern California, Los Angeles area, it was hard even to recognize that I was Black. I viewed the community that I grew up in as very diverse, making it difficult to imagine that I was part of a group considered a “minority” in the United States. However, I always had difficulties marking my “one” ethnicity on the standardized testing sheet in primary and secondary school. Do I mark “African/African-American” or do I mark “Asian/ Laotian”? I usually chose the “Asian” option because I grew up mostly with my mom, so I was what she was…or maybe I just wanted to be different.

It was as soon as I arrived at Narita Airport in Japan and got on the train heading to Shinjuku, Tokyo, that I began to realize that I was, in fact, different. The Japanese woman across from me was staring at me, and so was the man across the way. As people got on and off the train, they couldn’t keep their eyes off of me. I was confused - because who looks good on an airplane unless they are going to Europe? - So I knew they weren’t admiring my ever-flowing beauty. No, instead they were curious: of my curly-fro, of my skin color, of me.

I was suddenly living in a country where I was probably the only Black person for every fifty Japanese people in an urban area like Tokyo and Osaka and probably the only Black person per every 500 Japanese people in the rural and the not-so-touristy regions. I’m obviously overestimating this, but the point is that there weren’t many Black folks living in Japan. So if you’re Black, or have a darker skin color, you stick out. Big time. It was never to the point where I began to detest the staring and other curious acts by Japanese people, such as touching my hair - among other things - or asking me stereotypical questions; If I liked hip-hop, Tupac, Biggie, or wondering if I could play basketball. Due to my optimism and open-mindedness, their curiosity never truly bothered me. Although, it did begin to make me think that regardless of the multiethnic ties within me, it did not change the color of my skin. I was Black; a Black woman in Japan. 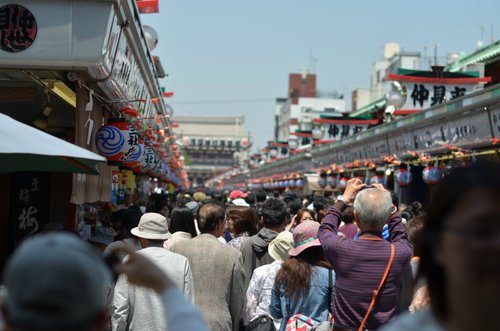 As months passed within the Land of the Rising Sun, I began to become more interested in Black culture. From music to fashion to history, everything I grew interested in led me to become a better representative of my race and nationality in Japanese society. While I am Black, I am also an American. Ultimately, this interest helped me to answer a question I never asked myself until I came to Japan, “Who am I”? Although I have yet to answer that question fully and I probably won’t be able to until a later point in my life, just realizing it now is going to shape the paths that I choose to take. My identity as a Black woman impacts my place in American society, as well as on the international scene (and yes, it’s true that once you go abroad, the journey never ends). I have to consider the advantages, disadvantages and the opportunities; what are they and how can I overcome them; how do I use them to my advantage.

Studying abroad in a country where my skin color was not the norm was an interesting and enlightening learning experience. I hope that other students, regardless of skin color, who have this opportunity, will ask themselves the questions that I asked myself, and search for the answer through establishing their roles within the society they are a part of. Who are you? And, What can you do to contribute to societies growing in multiethnic communities, as well as your place at home?