It's no surprise that with the growth of China's economic standing the country has become a popular destination for many students looking to study abroad. Are you interested in studying abroad in China, but aren't sure if it's for you? No problem! This article is here to separate fact from fiction. Here are seven of the most common misconceptions that might keep you from studying in China: 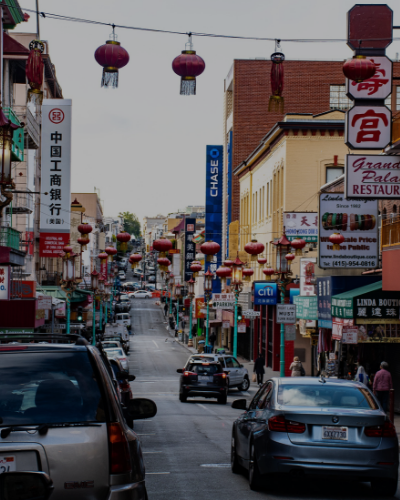 Myth 1: How can I go to China when I can't speak any Chinese?

While studying Chinese would be beneficial to your studies abroad, it is not a necessity. The Chinese government has increased efforts to promote internationalism by making it a requirement for Chinese students to learn English. All state employees under the age of 40 are required to have a basic vocabulary in English, and all schools will be required to teach English starting in Kindergarten. Obtaining certificates of English acquisition is becoming a fundamental requirement for many job opportunities in China. Native English speakers are in high demand in China. With very few native English speakers to practice with, Chinese students eagerly look for opportunities to practice their English. As a native English speaker, you will be in high demand. Many Chinese people may try to become your friend and seek to speak English with you. So don't worry.

From toothbrushes to television, there are very few things you will not be able to get in China. China has many supermarkets, and department stores similar to those in the U.S. To the surprise of many students, Walmarts, and Sam's Clubs are readily accessible in many of China's first and second-tier cities.

If you are worried about missing your favorite television shows or American films, don't be. Much of the cinema we enjoy in America is also popular in China and is shown in Chinese theaters for half the cost.

Guess what? You don't have to. However, before we go any further, it is important to point out that the idea that Chinese people eat strange and exotic foods is mainly a myth. Although you can find places in China where exotic cuisine is served, they are not a standard part of most Chinese diets. In actuality, many of the components you see in Chinese cuisine are common in America such as noodles, bread, mash potatoes, and pot stews. With so many choices, you will find something that fits your palate. However, there are times when you want something American to eat. No worries! Many of the restaurants (McDonald's, Kentucky Fried Chicken, Subway, Dairy Queen, etc.) you enjoy in America can be found in China. While these restaurants have made changes to their menus to fit the local tastes, many items remain the same as those available in the U.S.

You might be the only person in your circle of friends or even at your school who will study abroad in China. However, there are many opportunities to make new friends while abroad. Students from around the world are studying abroad in China. Like you, many of them will be traveling alone and eager to make new friends. In no time, you will be making friends with these students. By the end of your program, you will have built a cohort from around the world.

Myth 5: China is a communist country, I won't be safe there.

China is safer than many cities in the U.S. With this said it is crucial that you take precautions while studying abroad and avoid places that appear dangerous. Use your common sense when abroad and make the same precautions that you would take in the U.S. Like anywhere, there are certain bars and clubs, neighborhoods and people that you should avoid.

On the contrary, China is one of the most affordable places to live. As of the time of this article, one American dollar equaled to about 6.3 Chinese yuan. So a hundred dollars would be equaled to about 630 Chinese dollars. Once you arrive in China, you will quickly realize that the most expensive thing you bought was your plane ticket!

Myth 7: I won't be able to communicate with my family in China.

That is not the case. As the world continues to make technological advancements, there are increasing technologies that are making international communications easier. Skype and Apple's Facetime are both amazing communication technologies that you can use to contact friends and family in the U.S. Your friends and family will be able to see you directly on their phones, laptops, and Ipads.

Overall, many of the fears that you may have about China are not rooted in truth. There is very little to worry about when studying in China. You will be surprised at how well you handled your studies abroad. China can be for you when you study abroad. It is an excellent place to explore.

Related Articles
How to Overcome Overpacking (Insider Tips to Packing for Your Trip Abroad)
Students on a Budget in France
Top 5 Study Abroad Destinations for Business Majors
10 Tips for Students Preparing for Summer Study or Intern Abroad
Why You Should Teach English in China
Where Can YOU Teach Abroad?