Growing up, my knowledge of Africa was spotty, at best. In fact, I can count on one hand the number of times I learned about Africa in school. There was a lesson or two about Egypt, maybe one on another ancient African empire, and then the lessons on Africa abruptly stopped at the Transatlantic Slave Trade. 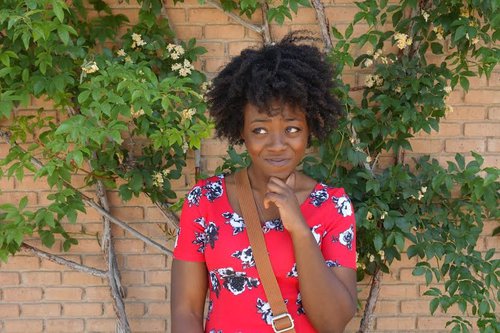 At home, the lessons on Africa were pretty similar. My cool, older afro-centric cousins would talk about channeling their inner Nubian queen and adorn their MySpace walls with pictures of Nefertiti. And the elders in my family spoke of Africa as this mythical, long gone place; A place that our ancestors were taken from, and one they hoped to return.

Neither nostalgic narrative captured the stories of the modern day people living in African nations, or the African descendants scattered around the world. With my small snapshot of the history of the African diaspora, I came to the conclusion that I’m almost too embarrassed to share: I grew up thinking that there weren’t many people of African descent outside of the United States or Africa. Sure, there were some in the Caribbean and a few others scattered around the world, I but could another country have a sizable population like the U.S.?

My viewpoint was challenged when I was given the opportunity to step outside of my small midwestern town and into a foreign country. In preparation for my semester abroad in Spain, I braced myself to be one out of, maybe, five Black people in Madrid. Well, when I arrived in the city, I was shocked and delighted to see a crowd of Spaniards peppered with people who looked like me!

When I sought answers from my Spanish culture professor, I learned about the large waves of immigrants from Northern Africa due to the proximity of the two continents. Even more surprising, I learned about the Moors and their importance in the shaping of Spanish architecture, culture, and even language! I felt so silly! How could I have not known about the presence of people of African descent living in Spain? Why hadn’t I ever sought this information out?

I felt like I was robbed of information about the history of my people around the world. Like some may say, you don’t know, what you don’t know, but when I got back to the United States, I was determined to change that. In this quest for knowledge I discovered the phrase “African diaspora”, which is a phrase that describes the collection of communities of African descendants around the world.

After returning back to school in the United States, I took a class called “Afro-Latin America”. As I read about how African descendants faced colonization, slavery, and second class citizenship in Latin American countries, much like my past relatives in the U.S., I began to feel more connected to those people and their present day descendants.

Fast forward to May of this year. I was in Buenos Aires, Argentina with some other African American students, and we were on our way to speak with Afro Argentine students at the Xango Cultural Center. I was nervous but also very, very excited to talk about what it meant to be Black in our respective countries. The moment that we all stepped through the doors of the Xango Cultural Center, we felt an immediate connection with the Afro Argentine students. There were only three people who spoke English and Spanish fluently, but the language barrier didn’t damper our excitement to get to know each other and exchange stories. We bonded over a shared sense of struggle, and before long they felt like family.

Looking back, it’s crazy that I needed to go abroad to learn that I was a part of a very diverse and amazing network of Black people around the world, the African diaspora. After returning home from Argentina, I vowed to seek out the African diasporic community in any country that I visit. No sea could keep me from forming inseparable bonds with people like me around the world.