“The fact is, with every friendship you make, and every bond of trust you establish, you are shaping the image of America projected to the rest of the world. This is so important. So when you study abroad you’re actually helping making America stronger.” Michelle Obama spoke these powerful words in a 2011 speech supporting the 100,000 Strong Initiative. I did a report a while back discussing this initiative and its mission of sending 100,000 minority students abroad to China by the year 2020, but it was not until I came moved to Thailand that I realize how crucial the First Lady’s comments would prove to be. 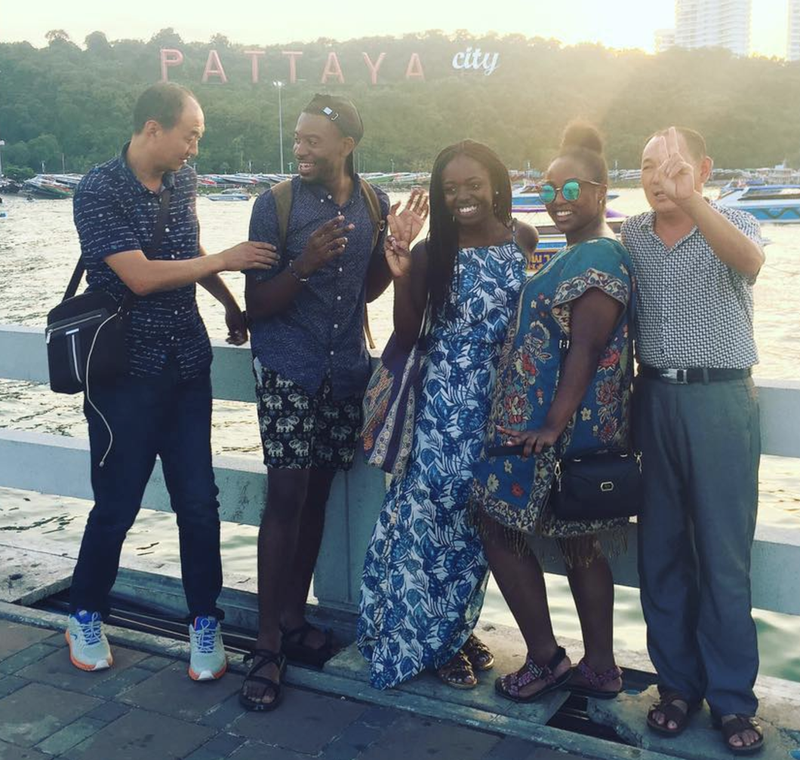 Since the beginning of my semester abroad, I quickly realized that I was going to stick out on my new campus. Although there were over 100 exchange students in my particular program, my two colleagues and I were the only students from the USA. Not only were we the only Americans in the University, but we were also the only African-Americans in the entire school. Despite our physical noticeability, I took this experience as an opportunity to represent my country—and even people that looked like me—as authentically as I could. To my surprise, I did not experience disrespect from the Thai people because of my skin, but instead I was embraced with open arms... Literally :-) (see picture above!)

It seems like almost every day that another international student will ask me “So, who are you voting for this election?” and this came as a huge culture shock to me. Not because I do not want to discuss politics (because anyone who knows me is sure that I do not mind a good debate), but because usually the person that asks me this question has no formal or previous ties to the United States at all. From France, Denmark, Thailand and even Germany it seems that the outcome of our presidential election was a topic that extended far beyond the borders of the USA.

To this day, each trip to the mall or night out with friends turns into a political discussion on what or how the US should operate—it was, at first, overwhelming. Yet it was through these very conversations that I realized the socio-economic impact that the US can have on countless countries across the globe. So, in most cases, the person inquiring about American politics had no malicious intent, but rather wanted the best for our country as well. This was an entirely different perspective, that opened my eyes to a completely different paradigm regarding modern globalization. 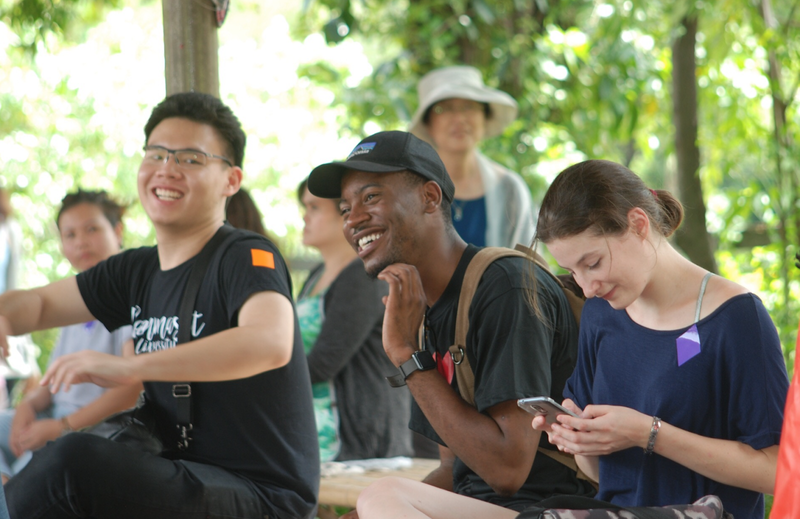 As time passed, I remember the very words of First Lady Obama and her charge of “shaping the image of America.” So, calmly and openly I would listen to their views and try my best to convey my own. It made for great discussion and I grew closer to the exchange students in my cohort by way of these discussions.

Above all, if I had to impart any advice to those that choose to study abroad, I would say prepare to be considered a source of knowledge about your country and what it stands for. You will constantly be challenged to explain why things the way they are in your home country, but you are not required to be an expert on government and politics. Instead, think of what makes your country great and understand that, like all good things, there are flaws. And like most citizens, you have pride.