I’ve always considered studying abroad a fantasy. Women like me, coming from a conservative Muslim family, weren’t allowed to go outside without supervision, let alone to another country. It was simply unheard of. Yet, as if by fate, I was placed in a work-study position at my university’s study abroad office. By working there and helping students prepare for their programs, I began to inch closer to that fantasy of studying abroad. It wasn’t until one of my supervisors asked me, “What’s really holding you back?” that I seriously began to wonder the same thing. 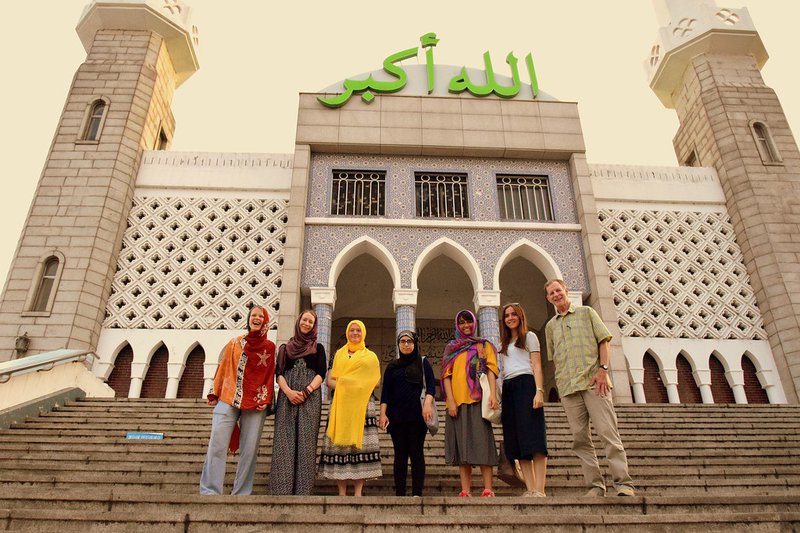 In my personal experiences, there’s this illusion in the Muslim/South Asian community that studying abroad is a waste of time and money. If I brought it up with my parents, they’d scoff, “Why do you want to leave the country, when we struggled to come here?” They also feared that studying abroad would distract my academic plans and put me behind in my studies. So, the first step I took was to educate myself. I began to research the programs my university offered and to figure out all of the details. I ended up choosing a summer program in Seoul, South Korea at Ewha University. Ewha is a prestigious woman’s university and they had strict rules against sexual harassment, which put some of my parents’ fears to rest. The length of the program, one month, was something I had to fight for, but it was just enough that I wouldn’t be gone for too long or too little.

The next biggest hurdle was funding. After I sat down and explained the program to my parents, answering all their questions, they agreed to let me go, but only on the condition that I funded the entire program myself. This was daunting for me at first. My program’s cost was about $4,000 and didn’t include any personal shopping I would do. For help on this, my supervisor blessed me with financial resources and the ultimate weapon: the Benjamin A. Gilman Scholarship.

For anyone that doesn’t know, the Gilman is an excellent scholarship to consider if you receive the Pell Grant as part of your financial aid package. The application process includes writing a personal statement and coming up with a service project you can implement upon your return from studying abroad. I decided to create a guide that would help Muslim students take the first steps to studying abroad and help them during their global experiences. I ended up receiving the Gilman, which coupled with a scholarship from the study abroad office, covered 98% of my trip.The rest was paid with my savings from part-time jobs. I still remember how surprised my family was upon hearing that I was able to get funding secured for studying abroad. I believe my commitment to this goal also helped them take me more seriously as an adult.

When I first arrived in Seoul, it was during the last week of Ramadan, the Muslim month of fasting. Finding halal food or places where I could pray proved challenging. Luckily for me, I met other Muslims and we pooled together our resources. I had the wonderful privilege of attending a prayer service at The Seoul Central Mosque and meeting Korean Muslims. Through their eyes, I got to see a whole other side of my religion. I felt that my sense of identity was questioned, dismantled, and solidified during my program. Another memorable experience I had was meeting a childhood penpal that I’ve been writing to since middle school. It was heartfelt and exhilarating being able to see each other in person after the years of letters we had exchanged between us. 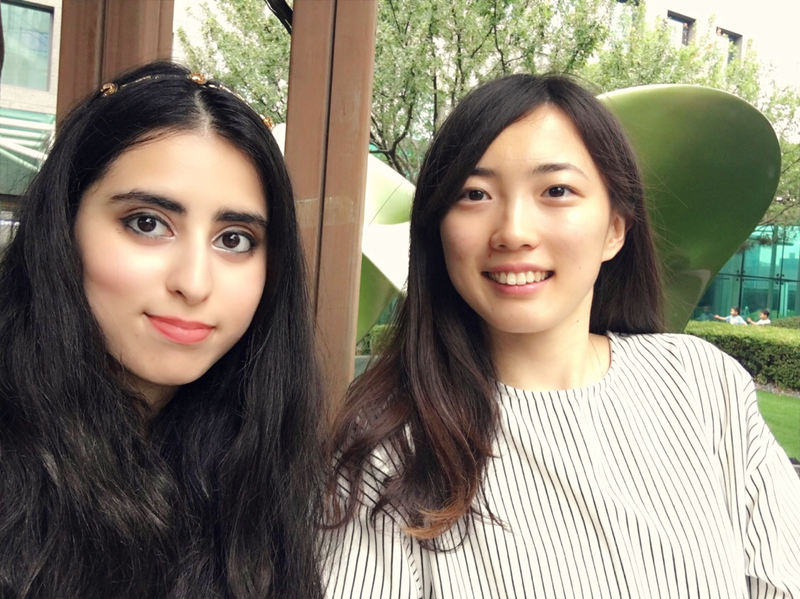 Upon reflection, studying abroad takes what you learn in the classroom and applies it to your entire being. I wasn’t just learning textbook material there but was actually out living and touching history. That detail might seem romanticized but it makes all the difference in how the knowledge is processed and stored by your brain.

When I returned from my experience, it was with fresh eyes on my identity, my cultures, academics, and my religion. I also gained an even greater appreciation for Korean food and culture (beyond my initial obsession with K-pop and dramas). Working on my Gilman project, my Muslims Abroad guide allowed me to take all that I had learned and turn it into a tool that will help other Muslims study abroad. It covers how to talk to your parents, the benefits of studying abroad, how to find halal food/delivery and prayer spaces, funding, and much more. It isn’t available online yet but I’ve been able to share it with students at my university (Rutgers University).

On a parting note, I often tell interested students that I am proof that studying abroad is possible no matter where on the socioeconomic ladder you fall. If you’re willing to make a commitment and put effort towards it, it will happen. You can turn a study abroad fantasy into a tangible thing you pluck from the sky. 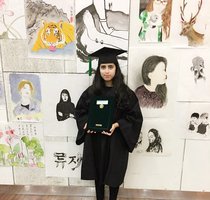 Ifrah Akhtar is a 2019 Rutgers graduate with a major in religion and a minor in women’s and gender studies. She currently works at Rutgers University for the School of Health Professions and is the founder and Editor-in-Chief of MODEST Magazine, a fashion magazine exploring and redefining modesty. She developed a guide, “Muslims Abroad” to make it easier for Muslim students to pursue global experiences. Ifrah is an avid lover of reading and is always eager to learn new things. To her, knowledge and food are probably the best things the world has to offer.