One of the worst feelings after going abroad is returning home and feeling like you didn’t do something or missed out on an adventure. To avoid that feeling create a study abroad bucket list before heading to your destination and try to make time to cross off everything on your list. When creating your bucket list take into consideration time and money so that you can plan those things accordingly. Below is our attempt at tackling at least one thing in every continent. 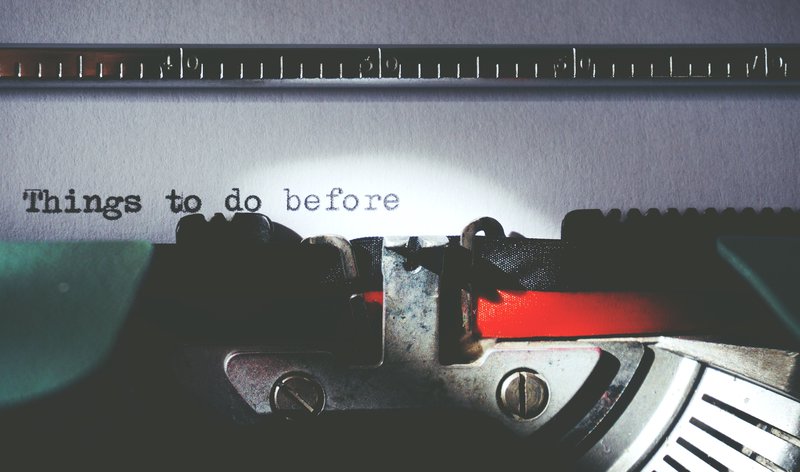 1.Try a cup of authentic chai tea in India. India is the second largest tea producer in the world after China. Chai tea, or Masala Chai, is a milk-based tea rich in flavor from black tea with aromatic Indian spices and herbs.

3. When you think of a city tour, you may not automatically think of doing so on the water. While in the Netherlands, enjoy a boat tour in the canals of Amsterdam. Boat tours are very informative and relaxing, and canals are very “Dutch,” so why not?

4. A 30-year symbol of war that possesses so much history is now full of graffiti and art in Germany, the Berlin Wall! If you find yourself in Berlin, take a walk along the wall, or research one of many walking tours to relive history.

5. Do you love seeing cities from above? If you do, and you happy to enjoy ferris wheels too, make some time to get on The London Eye, Europe’s tallest ferris wheel. You’ll have the best view of London.

6. Animal lovers should head to Uganda and see animals in a natural and cruelty-free habitat with a visit to the Bwindi Impenetrable Forest Reserve. This reserve is home to half of the world’s mountain gorillas and has a beautiful landscape.

7. It is one thing to say go see the longest wall in the world, the Great Wall of China, but it is another thing to walk the wall. The wall is about 13,000 miles total, so maybe don’t walk the whole thing, but take a shot at the most preserved parts in Beijing. Walk to the top, walk a bit and enjoy the wall. When you are done, consider sliding back down on a cable car!

8. Antarctica travelers -- don’t feel left out because we have something for you too. Go kayaking! It may sound crazy in such cold waters, but floating past leopard seals, watching penguins jump through the air and seeing floating icebergs can be quite magnificent from your kayak.

9. When in Ecuador, travel to the Galapagos Islands. Famed for its wildlife like no other island, there you will find animal species that you may not find anywhere else in the world. The islands possess history and culture like none other, and it is just plain beautiful.

10. Have you ever heard of cave tubing? If not, cave tubing is Belize’s number one adventure! It is like tubing, but into the underworld of caves. It isn’t offered many places in the world, and it is an adventure you won’t want to miss!

11. It’s hard to decide between the Louvre and Eiffel tower, so if you are in Paris, France do both! Walk through the Louvre museum, check out the famous Mona Lisa and go to the top of the Eiffel Tower for a fantastic view.

12. Barcelona, Madrid, and Ibiza may be some of the first places that come to mind when you think of Spain, but what about Tenerife? Tenerife is a volcanic island in Spain off of West Africa. They say you can do anything at any time of the day, during any time of the year because of its great climate and natural surroundings.

13. Tokyo, Japan is known for its futuristic skyscrapers, shrines, and sushi. If you enjoy trying and cooking new foods, take a cooking class in Tokyo. Offered all around Tokyo are Japanese cooking classes where you can learn the basics of Japanese cuisine in just one session.

14. It’s something refreshing about the beach, and something beautiful about horses on the beach. In Paphos, Cyprus at Eagle Mountain Ranch you can rides horses along the beach, ride in the morning or ride during the sunset, no matter what time you ride it is a beautiful and refreshing experience.

16. “Mother nature surpassed herself when crafting the mother city” Cape Town, South Africa. Not only should you go, but explore. Stop at Camp’s Bay, a beach nestled below the Twelve Apostles mountain range; it is both chic and trendy. Mandela’s cell and Table Mountain are also a must see!

17. What’s a real global bucket list without including North America? In the United States make time to spend Mardis Gras in New Orleans, visit the Great Lakes in Michigan, and the Grand Canyon National Park in Arizona, to name a few. In Canada go see Niagara Falls, Stanley Park in Vancouver is both urban and historic, while Notre-Dame Basilica in Montreal is absolutely beautiful.

18. Eat Food! No matter where you end up traveling, if you don’t do anything else, try the local food; be open to new and different spices, herbs and ways to prepare food.

19. Make friends and enjoy meeting new people when you are, everywhere! During your travels you will meet people and hopefully make deep connections with some or one of those people you meet. Arrange outings and side trips; you won’t regret a lifelong friend.

20. Destinations: all over the world. Take photos! Whether it is selfies, sites or taken by someone else with you in it, the second best way to capture a moment (after living and experiencing it) is to take photos. Photos allow you to share your memories abroad with others. Check out our article “What To Do With All Those Photos?” for tips on how to make the best use of the many photos you will take while abroad.

That concludes our ultimate bucket list. Hopefully, we were able to provide some ideas and maybe even mentioned something in your next destination. Think we left something out? Tell us in the comments!