Did you know that a native English speaker with a four-year degree and an accredited TEFL certification can find professional opportunities in as many as 100 countries around the world? From Asia and Europe to the Middle East to Latin America, learn about how and where you can teach abroad! 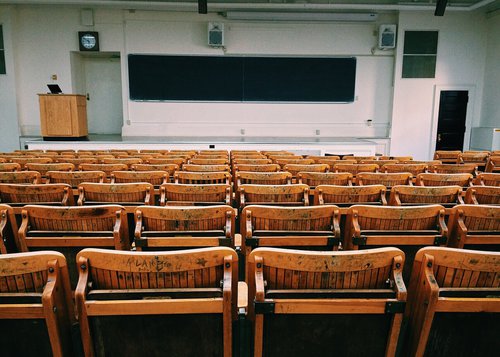 Major European cities like Madrid, Milan, Prague, Moscow, Rome, and Istanbul are each home to dozens, if not hundreds, of private language schools specializing in English instruction; 3,000 – 5,000 English teachers work in such cities annually. Primary job markets in Europe include Spain, Italy, Germany, Russia, Czech Republic, Turkey, and France. Portugal, Greece, Slovakia, Hungary, Ukraine, Poland and Romania also offer thousands of job opportunities. The most active job markets for Americans teaching English in Europe are Spain, Italy, Germany and Central and Eastern European countries like Russia, Poland, and the Czech Republic. Some countries like France and Greece can be more challenging for Americans because of red tape and a strong preference for EU citizens. The exception to this is the French government's assistantship program, which recruits more than 1,000 qualified Americans to work as assistant English teachers in public schools. Spain operates a similar program. Turkey has a huge demand for English teachers and a great job market, particularly for Americans who do not have to contend with an EU.

Popular places to teach English in Latin America include Costa Rica; Chile; Argentina, and the great cities of Brazil like Rio de Janeiro and Sao Paulo. While salaries are not as high as they are in Asia or the Middle East, the low cost of living makes the region attractive from a financial perspective while affording a great cultural experience. Central and South America also offer extensive opportunities to those who don't have a four-year degree as well as fluent English speakers from non-native English speaking countries.

As the driving force of the international economy and the world's largest population center, Asia has become the largest market on the globe for English language instruction. More than 100,000 foreign English teachers teach in Asia and today, Japan, China, Taiwan, South Korea, Vietnam, Thailand and other countries in Asia have developed a need for tens of thousands of new English teachers each year. In Korea and China alone, a thousand English teachers are hired each month. A four-year degree is typically required in major Asian countries (though not always in China or less developed countries like Cambodia), and teachers from native English speaking countries are strongly preferred throughout the region. Asia offers more opportunities to teach English to children than any other region.

Teaching English in the Middle East

Schools in Egypt, Jordan, United Arab Emirates, Qatar, Saudi Arabia, and other Middle Eastern nations all seek certified English teachers. In many Arab nations, university classes are taught in English, and the region's location at the crossroads of East and West has made cities like Dubai major hubs of commerce and leisure where English is the norm. In the wealthy Gulf States, in particular, most positions are offered to experienced teachers with a Bachelor's or a Master's degree in education, in addition to an accredited TEFL / TESOL certification. Such positions often entail lucrative contracts ($2,000 - $5,000 a month tax-free, free airfare and housing, and free health insurance). For first-time English teachers, countries like Egypt, Morocco, and Turkey offer a high number of opportunities as well as opportunities to experience some of the most historic and culturally rich countries in the world. Salaries in such countries may be modest, but a low cost of living enables foreign English teachers to enjoy a comfortable lifestyle.

Factors That Can Impact Where You Can Teach English Abroad

These are factors that may determine where you are eligible to teach English abroad:

English fluency and accent: Verbal skills are extremely important and in many cases, a non-native speaker who speaks like a native speaker will be able to gain employment.

University degree: Some countries maintain legal requirements that English teachers hold a four-year degree; in some, a two-year associate's degree is required; and in others, it is common for language schools to hire teachers without a four-year degree.

Gender: There is generally higher demand for male English teachers in the Middle East. On the flip side, there are also many positions reserved exclusively for female teachers in all-girls schools and English classes.

Length of contract: Many countries will require a 12-month contract such as Korea and Vietnam. European countries typically take off for their summer months, and contracts run 9 or 10 months. Schools in other countries will hire on six-month contracts. If you are a successful English teacher, you can almost always extend your contract if you wish to stay longer.

Related Articles
Study Abroad vs. Intern Abroad: What are the similarities and differences?
Using Your Mobile Phone and Messaging Apps Abroad
First Abroad Stories: Maria-Alejandra and Leveraging GoFundMe
10 Tips for Students Preparing for Summer Study or Intern Abroad
8 Study Abroad Scholarships That Every Student Should Know About
5 Reasons to Consider Teaching English Abroad if You Want to See the World