The France Destination Guide will provide a historic overview, scholarships, health and safety tips and identity-specific resources to ensure students feel prepared with insight and resources for their global experience in France.

The information shared below is a bird eye’s view and meant to provide some country-specific context. We encourage students to conduct further research and chat with relevant points of contact including advisors, program leaders, international student services at the host campus, internship coordinators or peers who have traveled to France, to gain a greater understanding of their host country and/or city.

Are interested in exploring history, food, culture or commerce during your travel or study abroad experience? France may be an ideal destination. France is a vibrant country, renowned for its history, culture, art, architecture and cuisine. From the beaches of the French Riviera to the Afro-beats and Jazz heard on a Parisian night and from the French Alps and watching a Ligue 1 match, France will leave you with little to be desired. With so much to offer visitors, it is no surprise that France is the fourth most popular study abroad destination for students from U.S. colleges and universities. Nearly 5% of all study abroad participants from U.S. institutions chose a program in France.

Cities like Paris, Lyon, Marseille and Bordeaux are full of exquisite architecture, delicious food, shopping centers and museums. The Louvre in Paris is the world’s largest art museum and home to many famous pieces of art. In addition, landmarks like the Eiffel Tower Arc de triomphe in Paris, the Palace of Versailles and countless cathedrals and castles are exceptional architectural and cultural attractions. If you’d rather spend your time in the natural world, the south of France is home to beautiful beaches, and the Alps and the Pyrenees are mountain ranges that are great places for winter ski trips or summer hikes. The Loire Valley is also a beautiful place to visit, with historic towns, vineyards and fruit orchards. 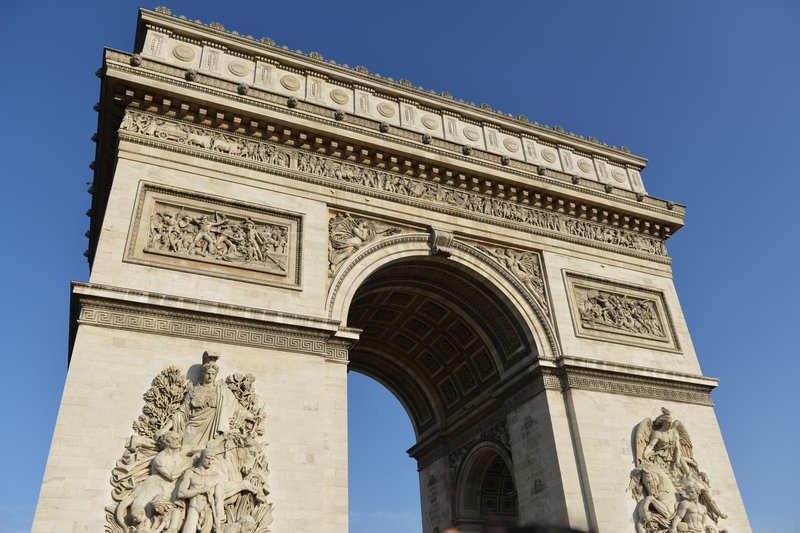 If you are planning to study or intern abroad in France, there are many French colleges and universities with great reputations to choose from, and there are programs available in a range of different disciplines. While we always recommend immersing yourself in the language of your host country (and French is a particularly useful language to learn—it is an official language in 29 different countries and several international organizations, including the United Nations!), you do not necessarily need to go to France to learn the language. France is a popular tourist destination, and the country has developed a robust infrastructure for welcoming international visitors. U.S. students even with low levels of proficiency in French are normally able to navigate life as a student in France.

France is one of the world’s leading industrial powers, and French traditions have had a significant impact on culture around the world. The Enlightenment and the French Revolution are two examples of globally significant movements that started in France. In addition, French culture has greatly influenced trends in art and science. Also, based on France’s colonial past, the country it influences the culture, language and societies in countries like Senegal, Morocco, and Vietnam.This results is a blend of historical tradition and modernism that contributes to France’s position as a leading destination for students looking to go abroad.

There are countless activities and experiences for you to enjoy while participating in an international experience in France. It can be helpful to make a list of activities, sites and places you would like to visit while planning your time abroad. However, be sure to allow yourself the time and flexibility to stumble upon local and spontaneous excursions to make the most of your time in France.

Start your search for programs in France today!

You cannot always predict the hiccups that may occur during your time abroad, but taking the proper measures to ensure your health and safety in France will eliminate or lessen the extremities of any unplanned situations.

Health insurance is mandatory for all international students in France. Students participating in a global program of any duration are required to have international health insurance, usually included in the program costs and provided by your academic institution or program provider. If you are traveling independently, research international options available to you within your current health care provider. You can also look into international health insurance companies that provide various plans and choose the one that best suits the type and duration of your travels in France. In the case of an emergency, be sure this information is easily accessible by storing your insurance card in a transportable and secure place, creating a copy of your health insurance card or storing the information in your phone. It is also helpful to be aware of nearby hospitals, clinics and pharmacies in case you are in need of these services or resources. Here are a few of the EU and France emergency numbers to keep in mind:

No matter where you are in the world, whether it is your hometown or a new city, it is important to be alert and practice awareness of your surroundings. France is a fairly safe place; however, there are a few precautions any traveler should take while navigating the country.

Pickpocketing and tourist scams are common in city centers and by popular tourist attractions. There are many giveaways that can signal someone is a tourist, from accent and French language proficiency to something as subtle as mannerisms and the way one walks. The goal is not to mask that you are a visitor but to protect your belongings and ensure you do not fall victim to theft. Learning to recognize common scams can help you keep your hard-earned cash in your pocket and identify locals who have a genuine interest in your safety and experience in France. Here are a few tips:

Aside from petty crimes, such as pickpocketing or scamming, most travelers can expect a safe and comfortable experience in France. However, at Diversity Abroad, we acknowledge that experiences can vary by identities and others’ perceptions of them. To access identity-based resources regarding health and safety, view the Diversity & Inclusion Guides included in this destination guide.

There are many scholarships to fund your education abroad experience. Here is a list of Diversity Abroad scholarships available for study in this country, some of which can be applied to other types of international experiences: 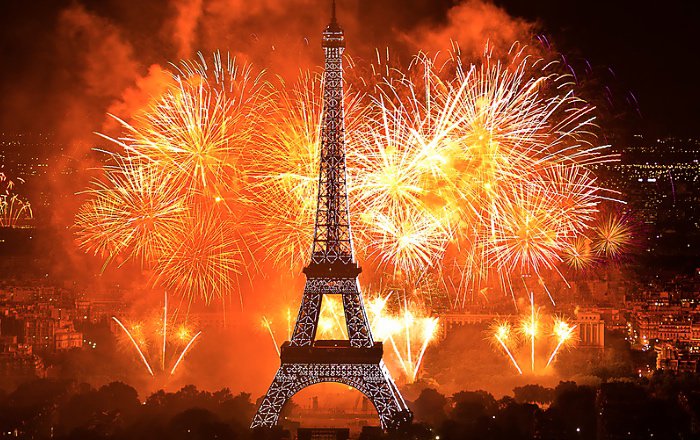 France has a variety of annual celebrations. Some of the holidays are in line with Roman Catholic traditions and important dates in French history. Check out the resources below to learn more about French holidays that may take place during your visit to France:

What Are All the Public Holidays in France?

France is home to numerous historical sites, ranging from medieval architecture to museums to modern landmarks. While Paris is certainly home to some of France’s most famous sites, there is a wealth of culture and history to see throughout the country. France is well-known for its role in the Enlightenment, the French Revolution and World War I and II, so students interested in history can gain a new perspective on many significant events in European and world history.

Current Status of Diversity and Inclusion

France is the fourth most popular destination for students from the United States—16,462 students participated in a global program in France in the 2016-2017 academic year. In addition to these numbers, many young people also have meaningful travel experiences in France through research, fellowships, and teaching opportunities. Many institutions of higher education in France are well-respected, and France has particularly strong programs in business, the arts and sciences. There are also many opportunities for students to immerse themselves in the French language. Students interested in a global experience in France have a large number of programs to choose from that span a range of disciplines, and there is a wealth of culture and history to explore across the country.

France does not collect demographic information related to race and ethnicity in its censuses, so it is difficult to estimate the racial and ethnic diversity in the country. In addition, France’s roots as a republic emphasizes equality rather than equity, meaning that many French citizens believe in treating everybody the same. This can result in tension when policies are seemingly neutral, but have a negative impact on marginalized communities.

Though France is generally considered to be welcoming to travelers from diverse backgrounds, recent terrorist attacks and rises in nationalism in several parts of Europe are affecting the social climate in France. There are also increases in immigration, particularly from North Africa, and resulting tensions related to who gets to be considered “French” and anti-immigrant sentiments.

Note: This information is intended to serve as an overview and is not exhaustive. Be sure to research your destination thoroughly as your identity can have a significant impact on your experience abroad.

In comparison to other European countries, France isn’t considered to be a significant source of emigration. The largest period of emigration in France was in the 17th century, where about 400,000 Huguenots left due to religious persecution, and many of these individuals relocated to North America (Québec and Louisiana). Today, small numbers of French continue to emigrate to Canada and parts of Latin America.

On the other hand, there has been substantial immigration to France since the early 1800s. It is estimated that there are around 6 million immigrants living in France, which is around 9% of the total population. Many of these individuals come from other parts of the European Union, North Africa and Central Africa. The largest proportions of immigrants live in Paris, Lyon and Marseille.

Following recent attacks in France, there has been a heightened political emphasis on immigration policy and an increased anti-immigrant sentiment and nationalism from parts of the population. These perceptions are often directed towards the Muslim community, particularly those form North Africa. Students who practice Islam should be aware of increasing Islamophobia in France. While France is generally a liberal country with laws designed to protect marginalized populations from discrimination, not everyone shares these ideals. This information may cause concern, but it is important to note that the French public’s perceptions of immigrants are very similar to those of the U.S. public, with more than half of the respondents recognizing the strengths that immigrants bring to their new countries.

This information will not determine your experience in France, but we believe that it is important to contextualize the debates surrounding immigration, especially when these conversations are closely tied to identity. We rarely come across students who wish they would not have gone to France, despite at times negative experiences. There are also many students whose identities did not create significant challenges while traveling throughout the country. To learn more about the ways in which immigration is shaping the country climate in France, please check out the resources below.

French Mayor Offers Shelter to Migrants, Despite the Government’s Objections

Why There's Tension Between France and Its Muslim Population

Apply to Join our Writing Corps

Access to Diversity Abroad's Abroad360° in-depth diversity & inclusion climate guide requires subscription. Sign up using your college or university email to determine if you have access.